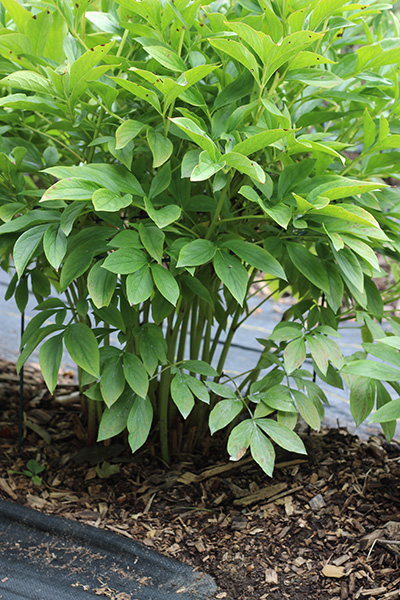 You’ll likely soon be busy planting fall bulbs, so why not give your peonies and iris a simple fall clean-up now? Healthier plants will thank you with even more flowers next year.

PEONIES – Although peonies are generally care-free, they can be afflicted by powdery mildew and other fungal diseases. To prevent spores from overwintering, cut peony stems as close to the ground as possible, carefully bagging everything as you go, and discard in the trash instead of composting. For best results, do this earlier rather than later, before the leaves dry up. 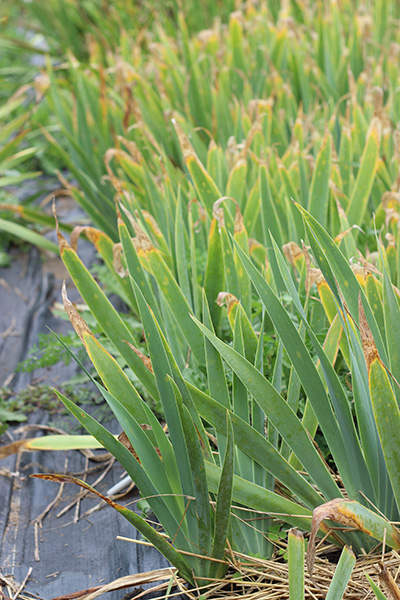 IRIS – Fall is also the best time to control iris borers. Borers hatch in spring from eggs laid in fall on iris leaves and anything similar that’s close by. To destroy them, simply wait until after a good hard frost kills the adult moths and then (a) cut back all leaves to a couple of inches and (b) remove, bag, and trash – don’t compost – the clippings and any debris or mulch that’s near the plants.

Simple, right? And your plants will reward you!

In a happy coincidence, the American Peony Society’s Harvey Buchite profiled the Brand Peony Farms in the Spring 2022 Bulletin just as we returned “Brand’s Magnificent” to our offerings, inspiring us to share some of that history with you! 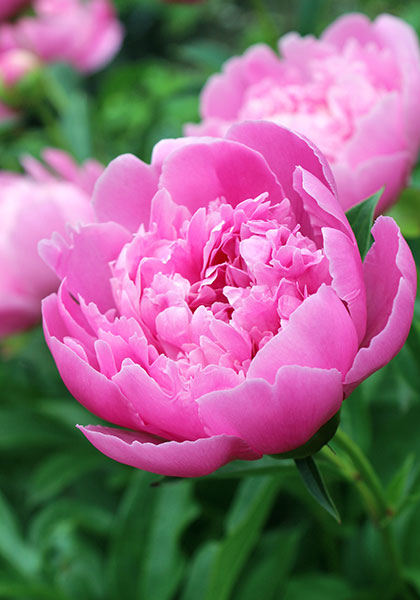 Oliver Franklin Brand started Minnesota’s first plant nursery back in 1868 near Faribault, offering primarily fruit trees to early settlers so that they could begin family orchards. His favorite flower was the peony, and as he expanded the business into ornamentals, his first 30’ x 100’ peony planting had just 5 varieties which included ‘Edulis Superba’. By 1894, however, his collection was over 1000 varieties, and soon after, he and his son Archie began collecting peony seeds and developing their own varieties. Archie (more formally A.M. Brand) continued the work after his father’s retirement and as mail-order became more and more a part of the business Brand Farms were shipping peonies around the world, earning by the 1920’s Faribault the nickname “Peony Capital of the World”. 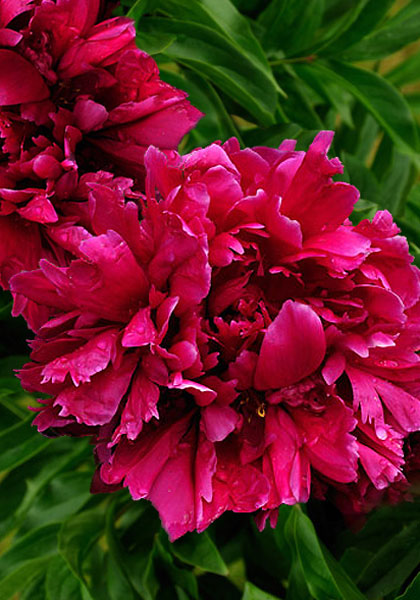 Of their many celebrated varieties, ‘Frances Willard’ and ‘Mary Brand’ were among the earliest, being introduced in 1907. ‘Frances’, while pink in bud, matures to white blossoms with what Buchite describes as “very pleasant” fragrance, while ‘Mary Brand’ is a lovely claret-red which “is still turning heads after 115 years.” In 1915 came ‘Chestine Gowdy’, extending the peony season with it’s pink and white “wonderfully fragrant” blooms. 1918 brought a variety they considered one of their very best called ‘Brand’s Magnificent’, showing off their particular skill in developing fine red peonies almost jewel-like in the depth of their colors. Also in 1918 Archie hired Myrtle Gentry to run the office; after two years she was a partner in the firm and was commemorated with the 1925 introduction that bears her name. ‘Myrtle Gentry’ is one of the most fragrant peonies with a “delightful tea rose” scent. More prize-winning varieties followed, helping the company to survive the Great Depression, and by the time Archie died in 1953 the Brand Peony Farms had introduced a total of 144 varieties to the gardening world and cut-flower trade. Though the farms have since, like so many others, been divided and developed, the peony varieties developed there continue on in gardens and parks throughout the world.

The American Plant Society calls herbaceous peonies like the Brands’ some “of the most easily grown hardy perennials available today” noting that they can “easily live as long as 100+ years”.

They require little annual care (see tips below for fall clean-up) and offer bountiful bouquets every spring. They do require a period of chilling so are recommended typically for 3a-7b(8aWC), though some southern zone 8 gardeners have had success as well. You can see our website for more information and to sign up to be notified as varieties rotate through our annual offerings, read more about the Brands (and Faribault’s past peony parades!) here, and look at a copy of their 1923/24 price list. 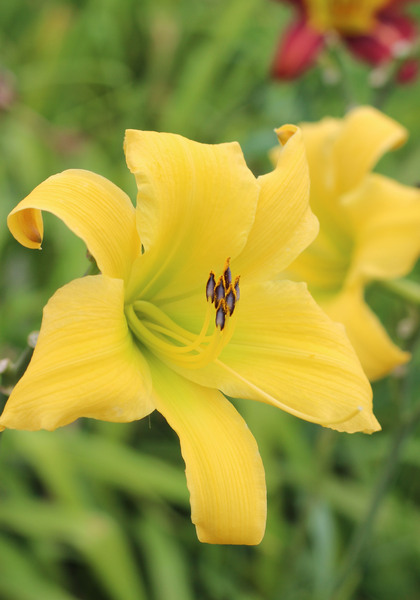 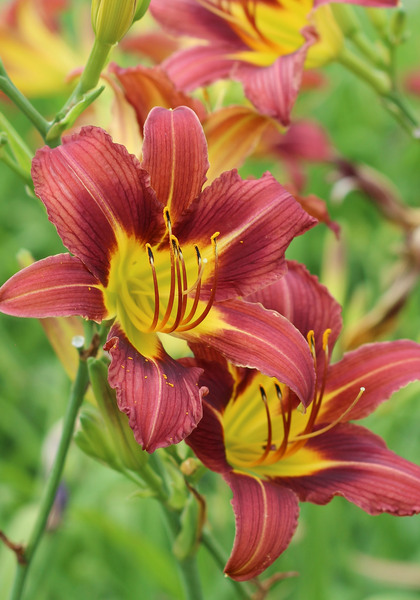 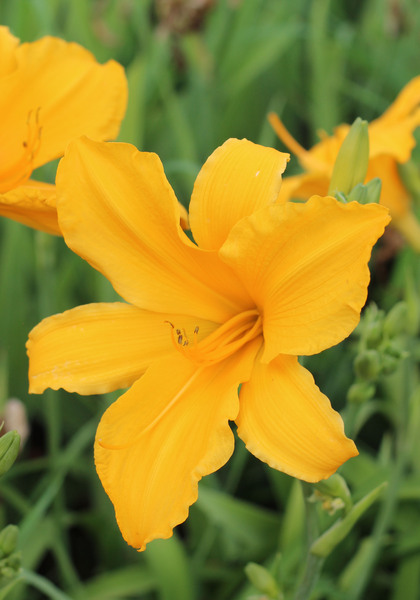 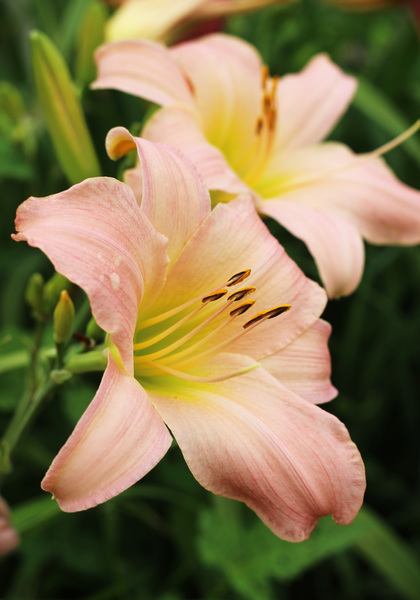 Many of our dahlias, gladiolus, iris and other spring-planted bulbs are now available to order at our website and more will be added in the coming months as our growers report on their crops this past summer. Among the daylilies are four heirloom varieties which we are happy to be offering for the first time! You can read more about them there, but in brief they are

‘Bette Russell’, 1953 is a rich lemony yellow that is open in the evenings,

‘Purple Waters’, 1942 is regal with dark-red/burgundy flowers, and

Whether it’s daylilies, dahlias, or another of our diverse treasures from the past, we’re sure you’ll find something to brighten your summer garden! 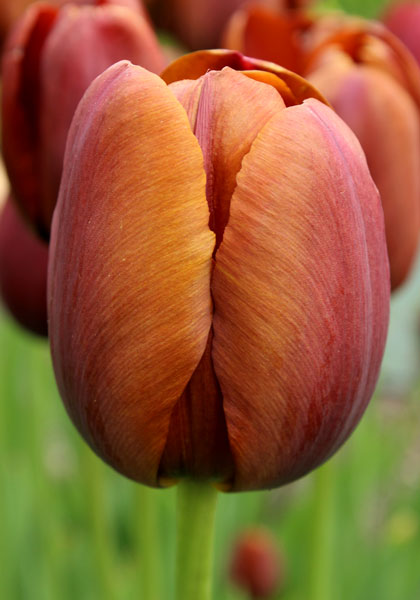 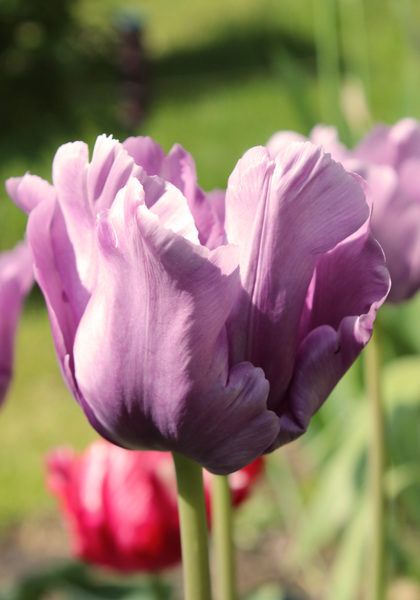 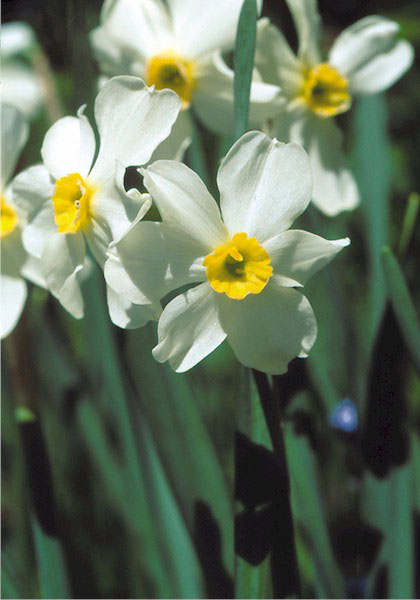 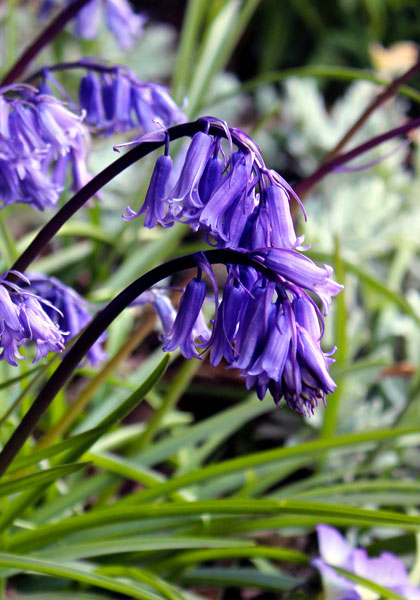 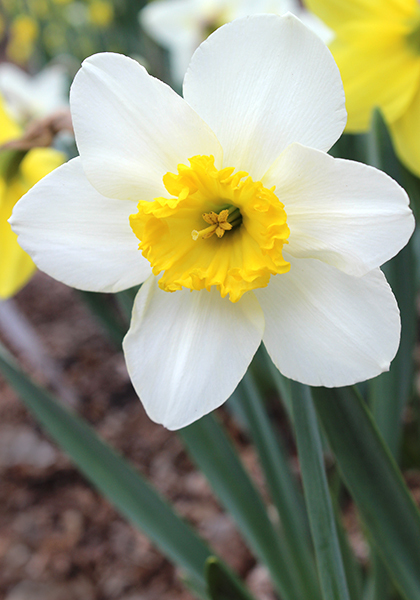 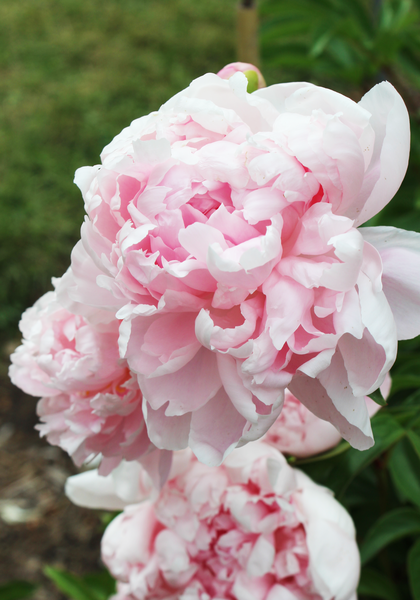 And NOW is a great time to order! (If adding to an existing fall order, please do so by September 15.)

Although 40 varieties are already sold out, we still have plenty of amazing heirlooms for you to enjoy. We’ve also added a few varieties back to our lineup this fall including English bluebells, Twin Sisters daffodil as well as Blue Parrot and Dom Pedro tulips. If you have not checked our website recently, see what’s new this fall and our web-only treasures. Easiest of all are our samplers, including our ever-popular Intro to Heirlooms.

Winter is coming – but so is spring! – and you’ll enjoy both of them more if you treat yourself to some of our fabulous fall-planted beauties now.