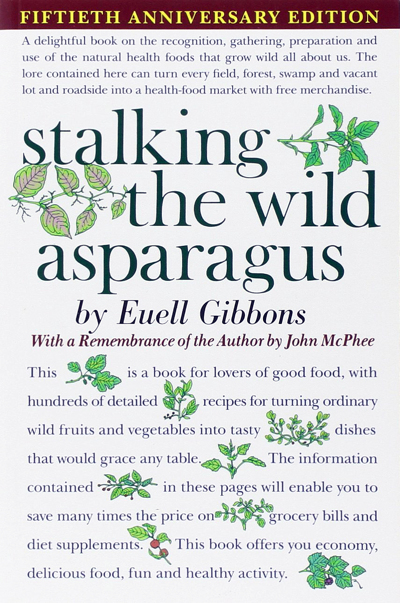 Last month’s article about delicious, historic purslane apparently struck a chord with many of you, including Letty Savage of Sewickley, Pennsylvania, who emailed us to say:

“Loved the article on purslane. We run a kids’ garden club during the summer at our local Fern Hollow Nature Center. Each meeting features a snack, preferably something we have harvested from the garden. One week there were no vegetables ready to harvest so we picked purslane. We made a casserole using an old recipe from Euell Gibbons’ Stalking the Wild Asparagus and the kids just loved it. They also liked it raw. It makes a great snack to forage while weeding.”

In case you’d like to try that casserole, here’s the recipe from Gibbons’ classic 1962 book:

purslane thriving in my garden

“Boil the tips ten minutes, drain, and chop fine. Stir one beaten egg into the purslane, then stir in as many dry bread crumbs as the mixture will dampen. Season to taste with salt and pepper, then bake in a moderate oven until the top is nicely browned.”

And here’s another of Gibbons’ purslane recipes, which sounds even tastier to me:

“Cut several slices of bacon in small pieces and fry them in a large skillet. When the bacon is done, dump in about one quart of the tender tips of purslane. Stir until evenly coated with the bacon drippings, then cover and let it cook 6 or 7 minutes. Season with salt and a little vinegar.”

It’s dahlia season and hopefully yours are full of flowers. (If not, the hot summer probably slowed them down, but hang in there. Cooler temperatures spur growth and bloom.) 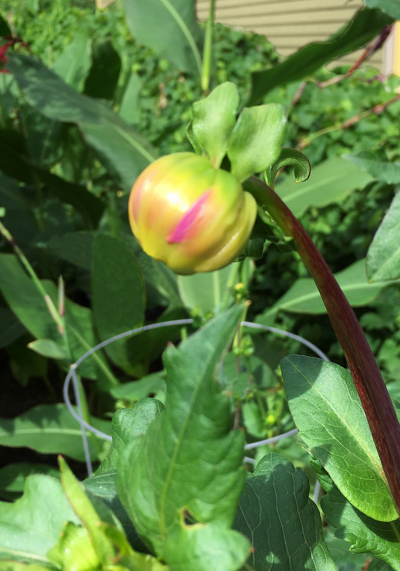 Deadheading – which means cutting off the fading flowers – will help you get the most out of your dahlias. It keeps your garden looking neat, allows the plants to redirect energy from making seeds to more flowers, and it gives you a close-up view of your dahlias’ awesome beauty. 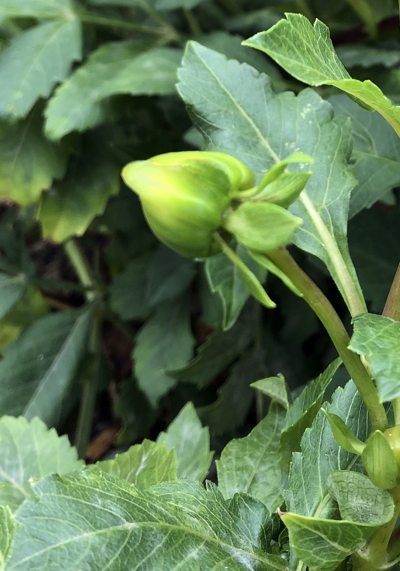 But since we’re all living in the real world instead of a garden book, there may be times when you don’t quite manage to cut every fading flower before all of its petals have dropped. When that happens, you’ll find that some seedpods look a lot like buds. Here’s how to tell them apart – most of the time.

Dahlia buds usually look like flattened balls, as you can see in the photo on the left above.

Dahlia seedpods, on the other hand, usually have a longer, more conical shape, as in the photo on the right.

Unfortunately, this isn’t a hard and fast rule because dahlias are so wonderfully diverse. The buds of ‘Nonette’, for example, are cone-shaped, while the seedpods of single dahlias are often cylindrical. But if you remember to (a) look at other buds on the plant and (b) keep the flattened-ball vs. longer/conical distinction in mind, you should be able to deadhead with confidence.

Good luck, and enjoy your dahlias!

We all share our gardens with a multitude of other creatures. Some of them, such as birds, bees, and butterflies, I’m always glad to see, but others not so much.

Until five or six years ago I’d never seen a rabbit in my garden here in the middle of Ann Arbor, but now they’re everywhere. My wife says they’re cute and insists on calling them bunnies, but since they love to eat my crocus, larkspur, lilies, and other flowers, I pretty much hated them – until recently. 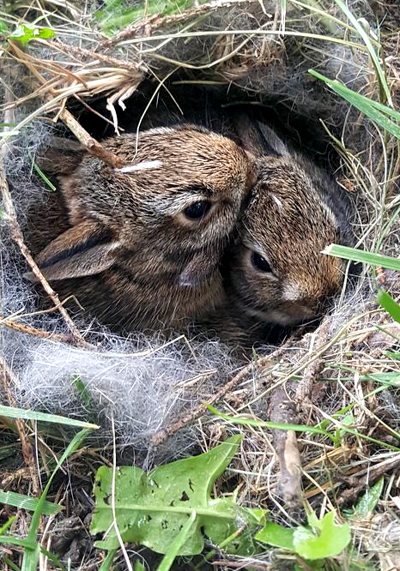 not my rabbits, but a similar nest

I was mowing our small backyard for the first time in maybe a month, and the grass was unusually long. I had gotten to the middle of the yard when I noticed a matted down clump of dry grass in the strip I’d just mowed. As I bent down to pick it up – it wiggled.

I jumped back in alarm, but then I cautiously pulled aside some of the grass and there, lying on its side, was a tiny rabbit. At first I was worried that I’d injured it, but it seemed unharmed, although no doubt traumatized by the mower roaring over it. I covered it back up as best as I could (I’m not a barbarian) and added some dry ferns to replace the protective grass I’d cut.

It seemed crazy that a rabbit would build its nest in the middle of a lawn, but later I read it actually makes sense because predators rarely venture there. I also learned that baby rabbits have virtually no scent, and that the mothers nurse their young for just a couple of minutes twice a day, keeping their distance the rest of the time so predators won’t be drawn by their adult scent.

I still wasn’t a rabbit lover, but the next day something happened that amazed me. I was watering some plants in the backyard when I noticed a squirrel heading out towards the nest. All of a sudden, a rabbit burst out of a nearby patch of daylilies and launched itself high in the air as if to jump on top of the intruder. The squirrel ran off a couple of yards, but that wasn’t enough for the mother rabbit. She leaped at it again, like a superhero swooping down from the sky, and the squirrel gave up and ran away.

As a man who loves his kids and grandkids more than anything, I admired that mother rabbit. For a moment I saw the world through her eyes and discovered that we have more in common than I thought. Of course I’ll still curse when I find my plants nibbled on, but I felt my heart grow a little bit bigger that day, and I’m grateful for that.