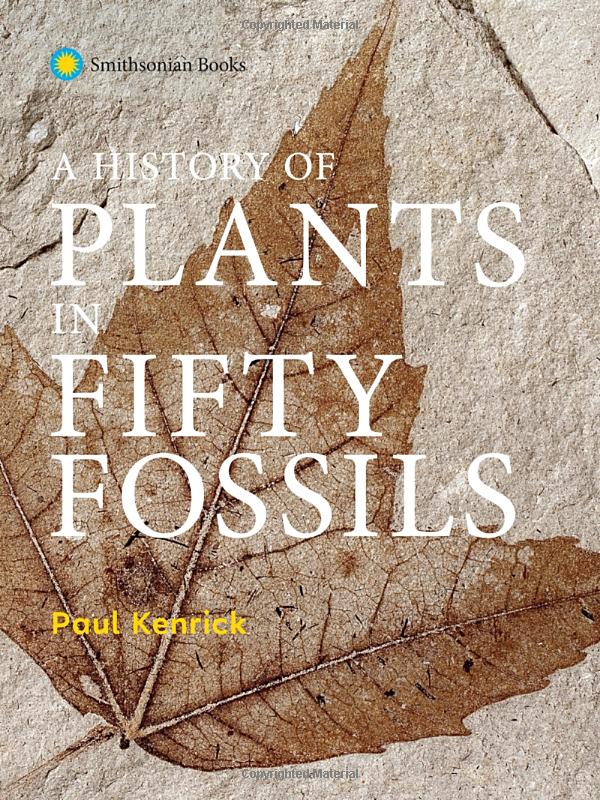 My wife says I have too many books, and she’s probably right, so I tried to resist buying this one. For weeks. But I’ve been gardening since I was seven, and one of my favorite things to do in grade school was sitting with my friends on the side of an abandoned gravel road searching for what we first called “Indian beads” but soon learned were actually prehistoric crinoid stems. So eventually I bought the book, and I’m glad I did. 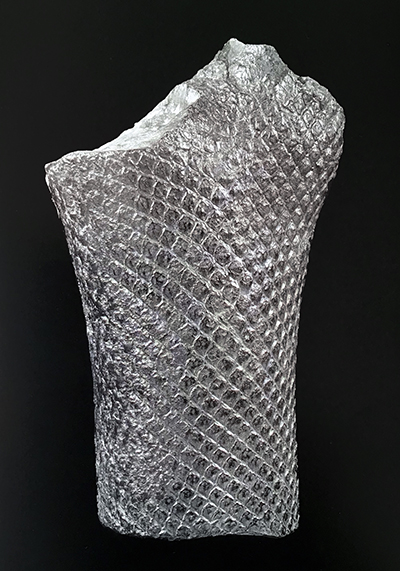 bark of a scale tree from about 300 million years ago; a grass-like leaf grew from the tip of each scale

If you think fossils are just dusty and dull, be prepared to have your eyes opened. The fossils in this book, each pictured in a dramatic full-page photo, are subtle, but they’re often strikingly beautiful, too. Some have a metallic gleam (such as the tiny fruits and seeds of tropical plants unearthed near London), ghostly color (soft purple, rose, and ochre on a 380-million-year-old tree trunk from the Catskills), or graphic patterns that reminded me of both Victorian wallpaper and modern art. 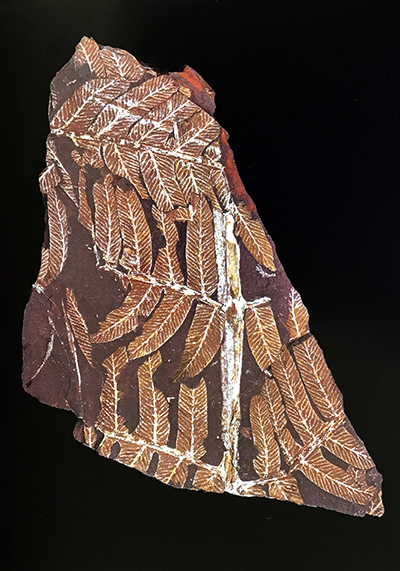 fern leaf from 170 million years ago; at times ferns have been the most abundant plants on earth

The text is eye-opening, too. Maybe you know that roughly 1.2 billion years ago the first plants emerged by incorporating photosynthesizing bacteria into their own cells; or that the earliest fossil flowers, so tiny that they can only be seen with a microscope, bloomed more than 100 million years ago; or that a helicopter pilot surveying the treeless Canadian Arctic in 1985 happened upon the perfectly preserved stumps of a 45-million-year-old forest – but I didn’t. The book is full of a dizzying array of information like that which left me muttering “Oh wow!’ and “Amazing!” over and over again.

Although it’s written for a general audience, it’s not an easy read. The print is small, the paragraphs long, and despite the author’s skill with words I really had to concentrate to make my way through the many unfamiliar scientific terms and concepts. It was worth it, though, and if I haven’t already scared you off I hope you’ll give it a try. Thanks to A History of Plants in 50 Fossils I now have a much greater appreciation not only of plants but of life on earth.