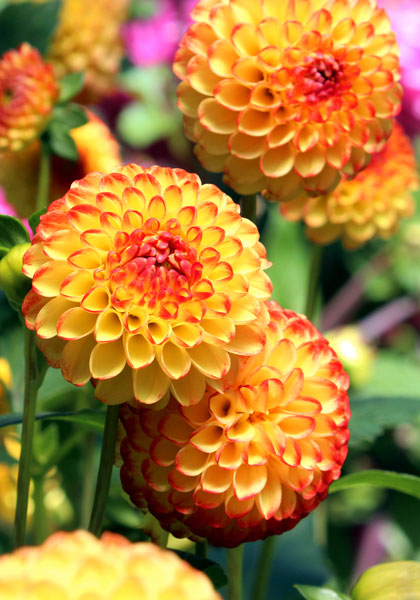 No, that’s not a typo in the title above. We recently learned that the dahlia we’ve always known as ‘Little Beeswings’ – with an “s” at the end – is actually ‘Little Beeswing’ – without the “s.”

Whatever you call it, this cheery little pompon dahlia has been a favorite of our customers ever since we first offered it in 2003. And this past July it was a hit at the RHS Hampton Court Flower Show where it was part of a display by Plant Heritage, the world’s leading non-profit devoted to preserving garden plants.

As Lucy Pitman explains at the Plant Heritage blog, “‘Little Beeswing’ has been offered in the Plant Exchange for several years by a National Collection Holder in Cambridgeshire, he having obtained his original plants from Scott Kunst of Old House Gardens in Michigan. Because this bright Dahlia was flowering so beautifully in perfect time for the RHS Hampton Court Flower Show, it became the star of the show in the Plant Guardian display.”

The National Collection Holder she mentions is our good friend Alan Shipp, the Noah of hyacinths, who’s been growing ‘Little Beeswing’ ever since we sent it to him years ago. When Lucy asked Alan about its history, he sent her to us, and after several hours of research in the OHG library and online, here’s what we think we know. 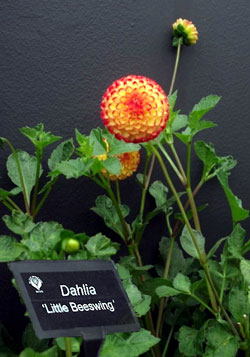 ‘Little B’ at Hampton Court

‘Little Beeswing’ (the earliest spelling of its name) was introduced in 1909 (not 1886 or 1938, as some sources indicate) by Keynes, Williams, and Co. (not J.K Alexander), a celebrated nursery in Salisbury, England (not Australia) that introduced dahlias from at least 1863 to 1938. It apparently made its way to the US shortly thereafter (not in 1938 as Lucy believed when she wrote her blog) because by 1916 it was noted as “new” in a list of “best dahlias” published by the New York Agricultural Experiment Station, and in 1917 it was mentioned in the Bulletin of the Dahlia Society of California.

Learn more at Lucy’s blog post, or simply order ‘Little Beeswing’ now for spring planting. If it can shine at the Hampton Court Flower Show, just think what it can do in your garden!