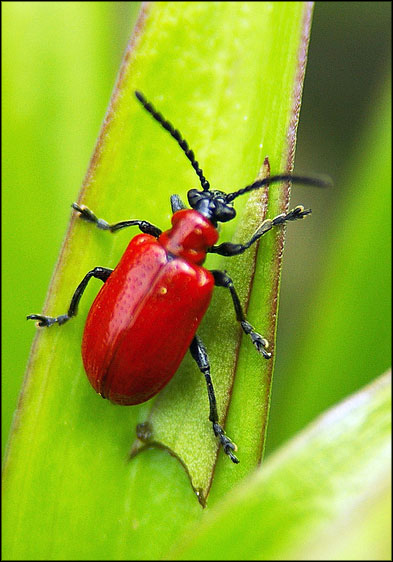 When my sister and her family visited us from Massachusetts this past summer, my brother-in-law had some exciting news – after years of being plagued by red lily leaf beetles, he’d seen very few in their garden this year. The parasitic wasps seem to be working!

If these voracious beetles aren’t in your garden yet, they’re on their way. They first appeared in Massachusetts in 1992 and have since spread throughout New England and into New York, Pennsylvania, Michigan, Wisconsin, Iowa, and Washington. 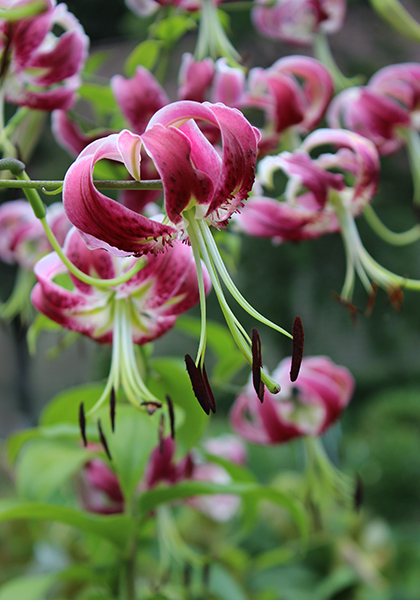 In an attempt to control the beetles, researchers at the University of Rhode Island have released three species of tiny parasitic wasps. Two of these have slowly spread throughout New England, and it looks like they’re finally making a difference in my brother-in-law’s garden.

And if you’re looking for a beetle-resistant lily, Tewksbury highly recommends ‘Black Beauty’. Although adult beetles may feed on it a little, she says, the larvae never do because eggs laid on it just die.