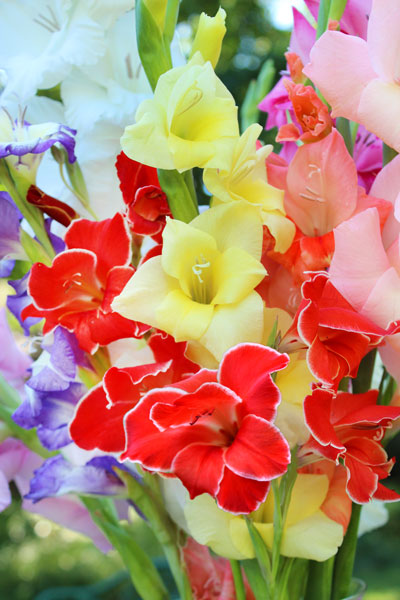 Alstroemeria and gazanias, step aside! According to a leading British newspaper, dahlias and glads are the hot new flowers for bouquets.

Although the news took a while to reach us here in Michigan, The Telegraph reported in September 2016 that “nostalgic Britons have revived an English country garden trend by decorating their homes with ‘frumpy’ British-grown flowers such as gladiolus, dahlias, and delphiniums.”

“Despite once being associated with other ‘undesirable’ stems such as chrysanthemums, experts said . . . more families are choosing these retro-style flowers instead of classics such as roses and lilies.” In fact, one major supermarket chain reported that glad sales were up 30%. 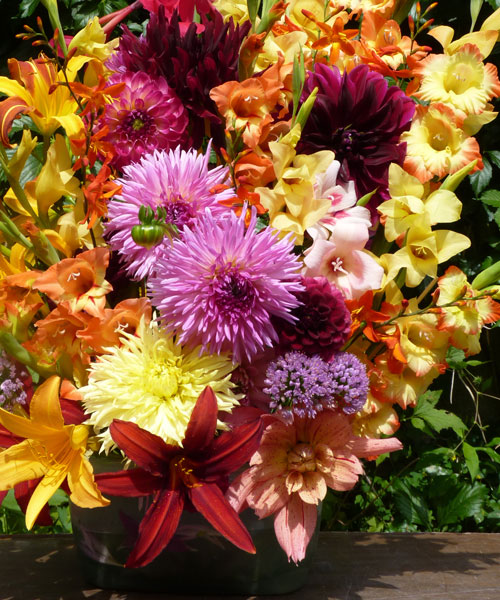 “Although gladiolus are often used in magnificent displays at venues such as Westminster Abbey, they are perfect for the less experienced arranger,” said a spokesperson at the UK National Association of Flower Arrangement Societies. “Gladiolus make a bold modern statement in a large vase or container on their own.”

For easy, on-trend bouquets from your own backyard, why not order a few of our retro-style glads and dahlias now for spring delivery?