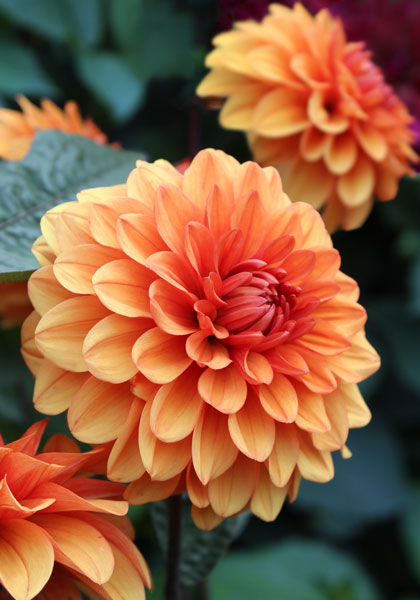 “Fall is lasting longer,” writes Martha Leb Molnar in the April 2020 issue of Horticulture. “The average length of the growing season in the Lower 48 has increased by nearly two weeks since the beginning of the 20th century, according to the Environmental Protection Agency, with a particularly large and steady increase over the past thirty years.

“For gardeners in temperate zones, this offers new opportunities. With careful planning, we can now enjoy a long-lasting fall garden as glorious as a spring or summer one. . . .

“The time to plan for ‘hotumn’ is now. By keeping fall in mind in the spring, we can go well beyond potted mums and ornamental kale.”

So what should we plant now to enjoy this fall?

“It’s hard to resist the allure” of dahlias, Molnar writes, and if you’ve grown them you know what she’s talking about. Cool night temperatures spur them into profuse bloom, making fall their glory season.