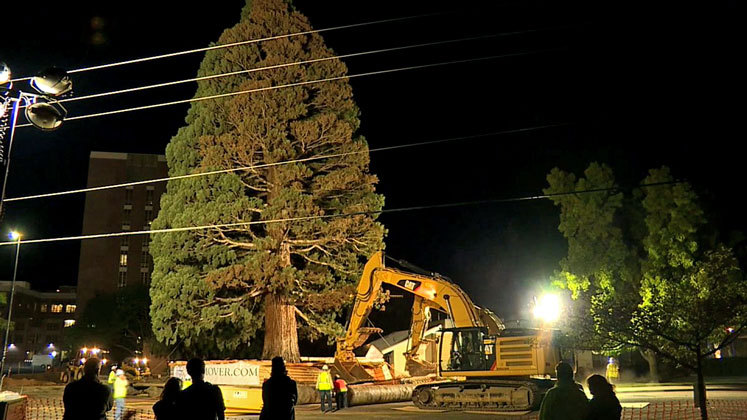 That’s exactly what happened in Boise this past summer when Idaho’s largest and most historic giant sequoia (Sequoiadendron gigantean) – a gift from naturalist John Muir in 1912 – was moved a couple of blocks to make way for a hospital expansion.

Giant sequoias are the world’s largest trees, growing up to 300 feet tall with trunks over 25 feet in diameter, and they can live a very long time. The oldest one documented by ring count was 3500 years old, so the 115-year-old Boise tree, as one of the moving crew pointed out, is “still a young tree.” 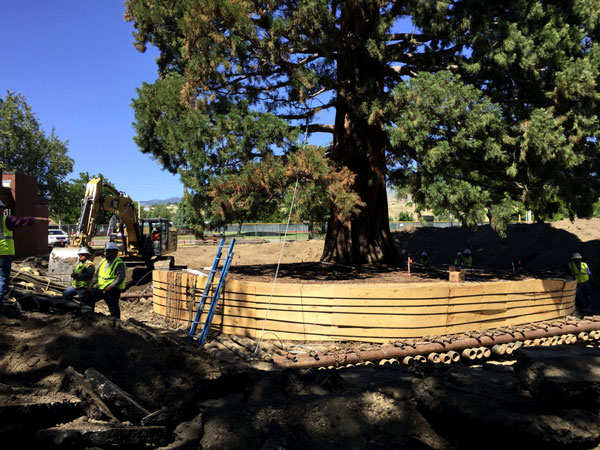 Unfortunately Boise’s summer was brutally hot and dry this year, and giant sequoias are native to very humid regions where, according to Wikipedia, they “supplement water from the soil with fog taken up through air roots, at heights to where the root water cannot be pulled.”

Nevertheless, the Texas firm that moved the tree gives it a 95% chance for survival, and Boise’s City Forester Brian Jorgenson (who I had the pleasure of meeting this past summer at my sister’s wedding) says he’s “cautiously hopeful.” Jorgenson checks on the tree daily, monitoring four soil-moisture testing stations and a hose running up its trunk that sprays water on the upper branches to humidify them.

Almost three years ago, the same Texas firm moved a 250-year-old oak tree here in Ann Arbor (see “Save the Oak!” and “One Year After”) and it’s still alive and well. Here’s hoping the Boise sequoia will thrive as well – and outlive us all.