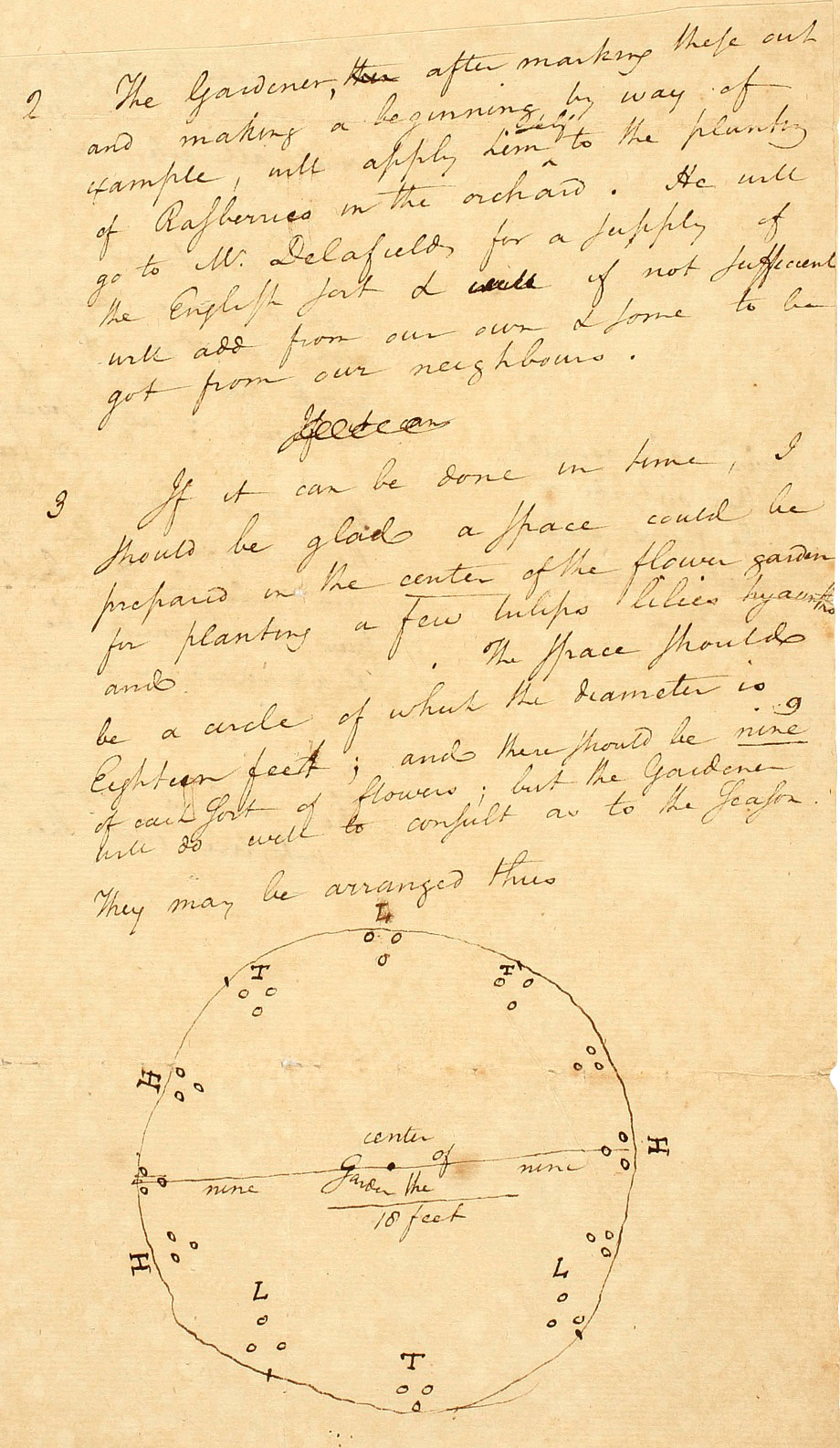 At a Sotheby’s auction earlier this year, hundreds of Alexander Hamilton’s papers were sold for just over $2.5 million. The 77 lots offered included “outstanding examples of his political writings, love letters to his future wife, and Hamilton’s appointment as aide-de-camp to General George Washington,” according to an excellent article in the Southern Garden History Society’s Magnolia.

The auction lot I wanted sold for $40,000, double its pre-sale estimate. In it were two pages of notes and a sketch that Hamilton drew for the gardener at Hamilton Grange, his beloved estate in upper Manhattan.

Although Hamilton directs his gardener to plant potatoes, get raspberry plants from a neighbor, and repair fences, many of his notes deal with ornamental plants, including American natives. “A few dogwood trees, not large, scattered along the margin of the grove would be very pleasant,” he writes, and “wild roses around the outside of the flower garden with [mountain] laurel at foot.”

Best of all is his plan for an impressively large bed of flower bulbs. “I should be glad if space could be prepared in the center of the flower garden for planting a few tulips, lilies, hyacinths, and [blank],” he writes. “The space should be a circle of which the diameter is eighteen feet: and there should be nine (9) of each sort of flowers.” 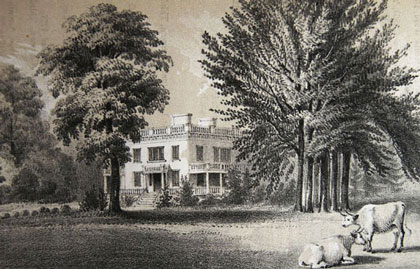 The unlabeled bulbs are especially intriguing. (What historian doesn’t want to know more about the past?) My best guess is that Hamilton had a specific bulb in mind but didn’t know or couldn’t remember its name – otherwise why not just fill those spots with more of the other bulbs? And what did he intend for the center, and for later when the tulips, hyacinths, and early-summer-blooming Madonna lilies were done?

Although we may never know the answers to those burning questions, we do know this: Alexander Hamilton – immigrant, self-made man, revolutionary leader, financial mastermind, and Founding Father – was a gardener and bulb-lover just like us.