“One could go on at length about what ‘work’ means to a gardener, for there is both joy in work itself, and double joy in the promise it implies.”

Thanks for a Great Fall!

We sold out a week earlier than usual this fall, a testament to both the comforts of gardening in troubled times and the kindness of our many friends, old and new. THANK YOU!

And here’s an insiders’ tip: Sales of our spring-planted bulbs are already running well ahead of usual, and many of our rarest varieties are in short supply – so ordering early makes even more sense than ever.

A New, Very Old Way to Store Your Glads 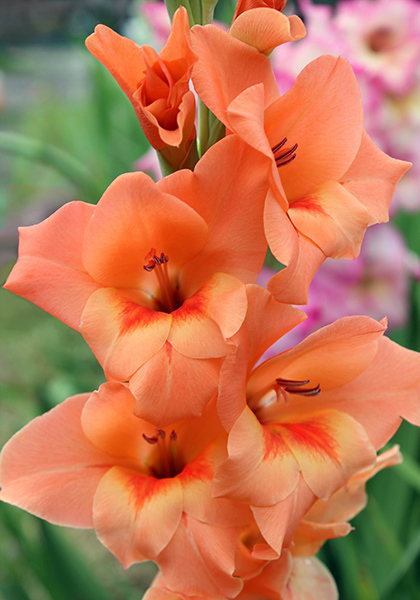 Glads are easy to store. Every fall I just dry mine, dust them with a fungicide, and hang them up in mesh bags in a room that’s cold but never freezing.

Experiments at the University of Florida, though, suggest there may be a better way.

According to Dr. Robert Magie in a 1993 article that was reprinted recently in Glad World, “When in the early 1960s gladiolus growers in Florida began placing freshly harvested, cleaned, and treated corms in soil storage with little or no curing” – which typically involves air-drying them at temperatures– “I conducted experiments to learn what ... effects the lack of ordinary curing would have on flower production and disease control.

“The results … were entirely unexpected. We harvested more marketable flower spikes and more sound corms when … corms were not cured as usual but placed in cool storage a few days after lifting. In other tests, the longer we cured the corms the poorer the production of flower spikes and corms.” Furthermore, when corms were cured and stored in “sawdust or sand, we harvested more spikes and corms than from corms cured in the air.”

This makes sense, Magie says, because until humans “began to lift and store corms to be replanted, glad corms had always grown where the seed started to grow (except for the corms dug up and eaten by baboons). Natural conditions for all those millennia in native Africa were as follows: corms cured slowly in dry soil at the end of a six-month rainy season. They rested in warm soil until cool, wet weather arrived six months later…. Thus, glads were conditioned for a million years to a sedentary life in soil.”

I figure it’s worth a try, so I’m planning to store a few corms this fall in sand and a few others in sawdust (if I can find some) or the cedar animal bedding I use for dahlias.

If you try it, too, please let us know your results – and watch out for baboons! 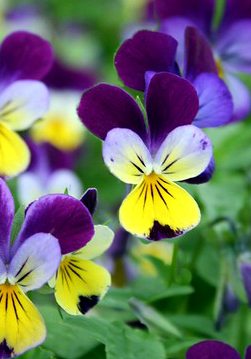 Tasha Tudor was not only a beloved author and illustrator of children’s books, she was an avid gardener with a special love of heirloom flowers – including our bulbs.

But fading bulb foliage is never pretty, and Tudor offered some good advice for hiding it in a 1998 article by Tovah Martin for Horticulture magazine. The first four plants she mentions are hardy, self-sowing annuals in much of the country, which means you can plant them right now by just sprinkling their seeds on top of the soil and letting Mother nature do the rest.

“Spring arrives late in Tasha Tudor’s New England garden,” Martin wrote, “but when it comes, it arrives with an onslaught of bulbs. The bulbs don’t last forever, though, so Tasha plans ahead for summer.

“Even before the foliage of the bulbs ... begins to turn brown, an underplanting is gearing up to mount the stage and steal the show. Of course, Tasha will insist that she doesn’t underplant specifically to hide the dying bulb foliage. The forget-me-nots [Myosotis sylvatica] and Johnny-jump-ups [Viola tricolor, pictured here] ... now appear in profusion of their own accord. But at one time, they were certainly planted to take up the tempo as the bulbs fade.

“Meanwhile, other enthusiastic fillers take full advantage of Tasha’s hospitality. Feverfew [Tanacetum parthenium] seeds in wherever it finds open ground. Annuals are also tucked here and there in promising nooks and crannies. Sweet alyssum [Alyssum maritima] is Tasha’s favorite and most frequently employed annual for the purpose.... Later the dianthus [pinks] flushes out; valerian [Valeriana officinalis] adds flowers, and lady’s mantle [Alchemilla mollis] adds leaves. By June, you would never guess that the garden was once running rampant with narcissus and that beneath the lush garden, bulbs are slowly slipping away.”

The Forgotten History of Jute Twine 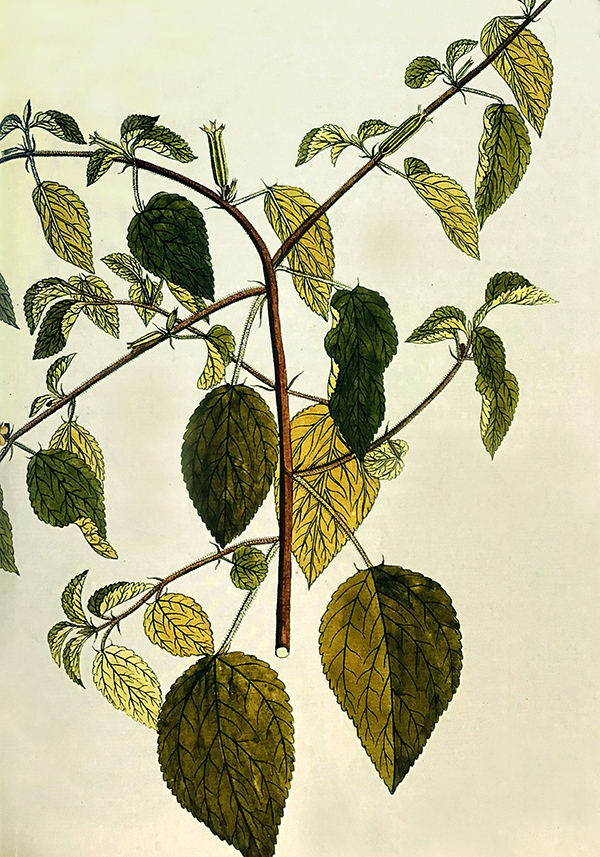 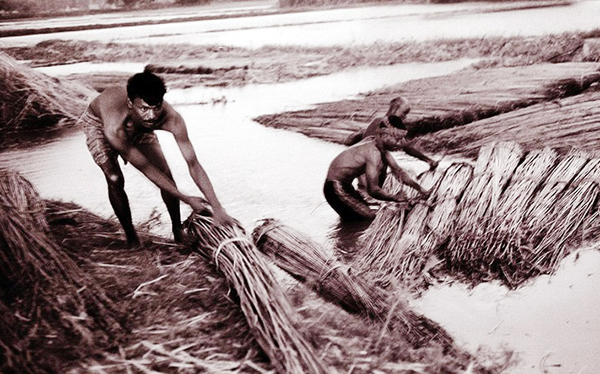 Did You Miss Our Last Newsletter? Read It at Our Website or Blog

mind-boggling A History of Plants in 50 Fossils,

You can read all of our back-issues at oldhousegardens.com/NewsletterArchives – and most of them at our blog!