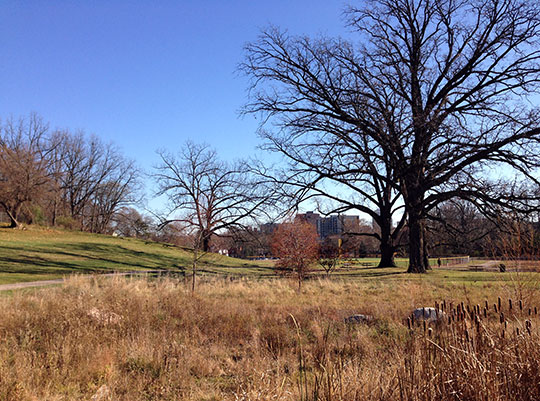 The letter was written by nurseryman Samuel B. Noble who in 1839 was selling plants — including many of the same bulbs we sell today — just a few blocks down the street from us here in Ann Arbor. “I have an establishment . . . in its infancy,” he writes to a fellow nurseryman in Detroit, “and my supply of fruit [trees] except apples is quite limited. My supply of hardy shrubbery and ornamental trees is also small, as well as bulbous roots.”

Noble goes on to list thirteen ornamental plants that he’s seeking for his nursery in this small Midwestern city that just fifteen years earlier had been nothing but wilderness. Seven of the thirteen ornamentals are bulbs: 100 tulips, 100 hyacinths (once even more popular than tulips), “50 to 100 dahlias of choice varieties, double assorted” (a reflection of the already booming popularity of dahlias which were first grown in US gardens just a few decades earlier), 25 tiger lilies (also relatively new, having arrived from China in 1804), 25 anemones (probably A. coronaria), 25 ranunculus, and 25 crown imperials — but no daffodils, whose heyday was yet to come. 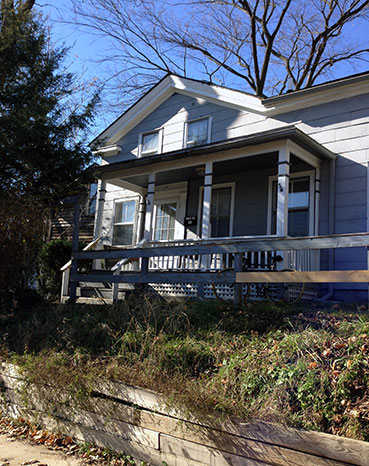 Although records don’t go back that far, Noble
is believed to have lived in this house which
was owned by his brother, a well-known
abolitionist, a decade later.

Completing the list are 120 roses, 40 scented-leaf geraniums, 25 each of three shrubs — snowballs, honeysuckle, and double flowering almond — and 10 each of horse chestnut and mountain ash trees as well as “Lonicera flexuoso” (probably the now invasive Hall’s Japanese honeysuckle).

Since he’s writing in March, Noble also asks his Detroit colleague “what time may we expect the Lake to be open” — that is, ice-free — so the dahlias and so on can be delivered with “as little delay as possible,” apparently from the large wholesale nurseries on the east side of Lake Erie.

Noble’s nursery was the first of a series of nurseries and greenhouses that for over 100 years occupied a stretch of low-lying land just five blocks north of OHG’s world headquarters. Today most of the land is a large city park with some magnificent old native oaks and a creek that’s been partially “daylighted.” This past summer, I spent many happy hours walking our new dog Toby there, even before I knew anything about its history — which I’ve since learned includes a Native American trail and a flower-filled grade-school garden in the early 1900s.

Near the park’s east entrance, Noble’s small Greek Revival house still stands today, and as Toby and I meander through the park now I keep looking for plants that might have survived from the days of this pioneering colleague’s nursery. Although I haven’t found anything yet, we’ll keep walking and looking and enjoying — each in our own way — things we can’t actually see.